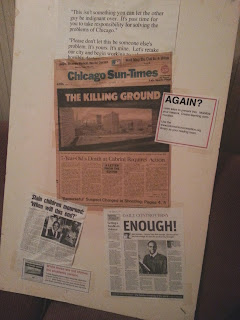 Today's Chicago Tribune included a perspective written by Dan Profit, a talk show host on WLS 890. It started with listing the high profile deaths of Chicago youth like Ben Wilson (1984) then jumped to Derrion Albert (2009), Hadiya Pendleton (2013) and Demario Bailey (2014), then said "These are children in Chicago whose gruesome deaths give life to the dreary body-count headlines that bleed over from one day to the next."

The article focused on how media attention is short-lived, and concluded with "In short, Chicago's civic institutions are structural failures. City government has failed. CPS has failed. The Police Department has failed. Nearly everything we have tried has failed." He writes, " We need to contemplate and debate deep, transformative, difficult changes." 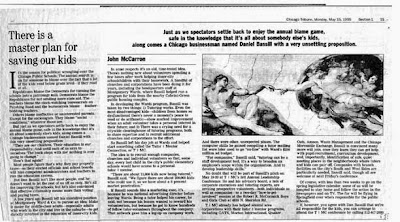 I've highlighted these same stories since the early 1990s. There were quite a few high profile stories between Ben Wilson in 1984 and Derrion Albert in 2009.

Since 1993 I've offered a strategy, that if it had been embraced and followed over the past 20 years, would have resulted in a stronger network of tutoring, mentoring, learning and career development programs in all high poverty neighborhoods of Chicago, engaging people from all parts of the region in an on-going effort to make such programs available and help them each become the best at transforming lives of youth and adult participants. This story in the 1995 Chicago Tribune is one of many that give evidence that such a plan existed.

As the Internet has become a tool I've moved my ideas and resources to web sites. Since late October 2014 I've shown concept maps that visualize the strategy and point to the information available in the library. 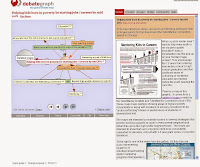 In 2011 I set up a conversation thread on Debategraph where we start with the topic "Helping kids in poverty move to jobs and careers". This is a platform where the conversation is broken down into sub topics, and then sub-sub topics and is intended to engage large numbers of people. In blog articles on the Tutor/Mentor Institute site I've pointed to additional tools that can support community-based problem solving.

The central tenets of the Tutor/Mentor Connection strategy are outline here and here and here.
Better information, including maps showing locations of existing programs needed to help youth move from one grade to the next, is essential. There's a cost to collecting, maintaining and constantly updating this information. However, without more people looking at the information it has little value. Since non-profits don't have advertising dollars to reach out every day to millions of people, other strategies need to do this work. I've collected news clips of hundreds of media stories. Few, if any, point readers to resource directories where they can find organizations where they can get involved with their time or talent.

More frequent "call to involvement" messages, in traditional, non tradition, business and religious media will bring more people to the type of information I and others share in on-line libraries. However, there also needs to be a process of facilitation, helping people find information they are looking for, understand existing information, and ways to become strategically involved on a personal or organizational level. Church groups have weekly discussions of scripture. The Tribune has a weekly feature highlighting "book clubs". A strategy that encourages people to learn more about poverty, violence, jobs, education, etc. and about places where they can get involved, would result more people building a growing sophistication of where and how they could give time, talent and dollars to help youth move safely through school and into jobs.

Unfortunately, I've not been able to attract consistent support from city leaders to this strategy. Not that I've not shared these ideas in a variety of formats since 1993. 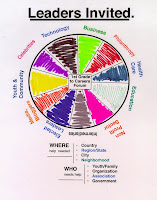 I'll share this article on Twitter, Facebook and other media over the weekend. Hopefully people like Dan Profit will take a look and become an advocate and champion for this strategy. I encourage you to browse this blog and the Tutor/Mentor Institute, LLC blog, to find more stories like this that you and people in your own network can use to support your own planning and growing involvement.
Posted by Tutor Mentor Connections at 2:15 PM No comments: