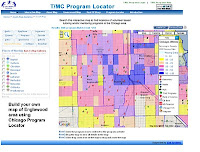 This is one of many maps you'll find on this blog and on the Tutor/Mentor Blog which zoom into a Chicago neighborhood and tell a story of "why" kids and families need more help, "what" help is already in that area, if any, in the form of organized volunteer based tutor and/or mentor programs; and "what assets" and leaders share the geography and could be doing much more to help change the conditions and improve the lives of people who live there.


I created the Tutor/Mentor Connection (T/MC) in 1993 and Tutor/Mentor Institute, LLC (T/MI) in 2011 to support the growth of well-organized youth tutor/mentor programs in all high poverty areas of Chicago. This graphic shows four strategies that I've followed since they were developed in 1993.

While we accomplished much and built a huge resource library, we've never had consistent funding or significant leadership support from Chicago business, political, philanthropic or other sectors. Thus, what we wanted to accomplish is far less than what has been needed.

Data collection and GIS mapping have been at the heart of T/MC work since 1993. This graphic shows what the T/MC has been trying to do and what has not ever been accomplished.

We've built a list of youth tutor/mentor programs, organized bi-annual conferences to bring leaders together, organized events to draw volunteers and donors to programs, generated considerable attention from local media, built a social media presence and more.  It's been too little to change the overall range of poverty in Chicago, but has had a positive affect on many individual lives.

I created this Wiki Page to show what we were trying to accomplish. Feel free to read it and offer your help.

When we started building a mapping capacity, and on-line program locator, the goal was that we could do more to support the fund raising capacity of programs in different parts of the city.  There were three goals that never have been reached.

1) There is a growing mountain of data showing levels of poverty and inequality in Chicago and the world.  In the concept map shown at the left I point so some of these data platforms.  The Tutor/Mentor Program Locator (since 2022 only available as an archive) used some of that data and like other platforms enabled people to zoom into small areas to look for the availability of tutor/mentor programs in small areas.

My vision was that we could create a form that would be accepted by grant makers, to show the need for tutor/mentor programs serving different age levels in different zip codes and/or community areas.  Right now every program has to build their own case statement showing why it is important for their program to receive funding. Some have greater talent to do this than others. It's a redundant process. Thus, creating a form where you'd only need to enter a zipcode or community area, plus the age group you serve, and the type of program you offer, should generate a report showing that you are needed in that area.
7-29-2022 update - below is a video created by a company called RS21 who is building data mapping dashboards and using the data in an analysis process that determines where services are needed and where to put them. View the video at this link.  View other articles showing RS21 use of data - click here. 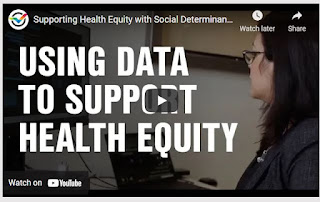 I point to the RS21 video because this is the type of analysis that was envisioned in 1993 when we began to plan the Tutor/Mentor Connection and it's use of maps.  We never reached the capacity to do this in all the ways imagined.

If we had fully developed this capacity, it would have lowered the cost to individual programs and give grant makers a consistent way to help them decide where to provide funding and who to support in each area.


We got partially there in 2004 when we launched this on-line searchable program locator form (since 2022 only available as an archive).  However, the maps that this produced did not show demographic information or indicators such as poorly performing schools or violence.  The Interactive Program Locator that was built in 2008 provided this information. However, there was no "easy to use" narrative generated in a "form" that could be printed that someone could pull from the site and use in a grant proposal.

So this is one bridge that we never were able to cross.

2)  Motivating programs to provide data for the Tutor/Mentor Program Locator and keep it updated has always been a challenge. One way we partially overcame that was to have our annual survey included in the grant guidelines of the Chicago Bar Foundation's Lawyer's Lend A Hand Program. About 40 out of our list of nearly 200 programs submitted applications each year from 1995-20003 which I could use to update the list. However, that was too few and too time consuming for my small staff. Thus as we built the interactive portal in 2004 we developed an on-line form that programs could use to add themselves or update their data (not working since 2013).  However, this still did not provide "motivation".


My answer is shown in this PDF. The graphic at the right is part of it. As on-line fund raising portals grew since the mid 2000s I felt that we might create a portal that would work with the Program Locator maps, to encourage donors to support programs in different parts of Chicago and give media a resource to use in developing stories following incidents of violence, reports on schools, reports on gangs, etc.

On one level, we could draw from the list we were maintaining to give donors info to create the platform. However, on another level we felt that as programs began to generate donations, and learned to use the site to build their own campaigns, we'd create greater motivation to keep their data updated.  We could even organize events at different time in each year to draw volunteers and donors to the platform.

This is another bridge that has not been crossed. This has never gotten further than me putting the idea into this PPT and sharing it on my planning wiki.

Media stories continue to remind us that some people in Chicago and other cities live with fewer resources and fewer opportunities than do other people.  Thus, there's still a need for organizations that provide a bridge, connecting youth and families to resources and connecting people who don't live in poverty with people who do.

3) The final bridge - As we developed the Tutor/Mentor Connection in the 1990s we felt we could generate income to support our continued operations and innovation by making it available to other cities and offering our expertise to help them use it. When I formed the Tutor/Mentor Institute, LLC that continued to be the goal.  However, that has not happened.   Now my goal is to find people who will take time to understand what I've been trying to do and will want to take ownership and carry it into the future.   One idea that might offer promise is to make the code for the Program Locator and any new platforms freely available on GitHub, so it could be more easily applied in other cities, and to other causes.  That might attract more developers to help build in the features I've not been able to construct, and to keep updating it as technology and needs change.  Having parallel portals in every major city of the US and the world would certainly contribute to greater visibility and greater traffic, and thus a bigger flow of donations through the portal and the maps to individual tutor/mentor programs in different places.

That's always been the goal.  So far it's still a bridge to far to cross.

Posted by Tutor Mentor Connections at 12:04 PM No comments:

I've followed the From Poverty to Power blog for a few years because of the informative articles. The image below is from an article on Collective Mapping, posted today.

If you browse through past articles on this blog you'll find many examples of how I've attempted to use maps to show where volunteer based tutor and mentoring programs are most needed, where existing programs are located, and ways people can help those programs grow.

I've depended on volunteers and inconsistent donations to create the maps and map platform you see on this site.  My goal for the past few years and going forward is to find people who will use my history as a template for building new versions of my mapping and apply them in cities across the world.

At the same time, I've been creating a web library showing ways people are using #maps and showing platforms and technology that can be used. This cMap is one way I share that information.

I use maps in articles on this blog, and the Tutor/Mentor blog, to draw attention to areas with high poverty, or high violence, where long-term youth tutor/mentor programs are most needed. If you read these, please share.  However, another way to read these is to use them as templates for your own articles, focusing on  your own cities, if you're not from Chicago.

To  have an impact, thousands of people need to be telling stories using maps, not just myself or a few people.

You can connect with me on one of these social media sites.

If you want to make a small contribution to support my work, click here.

Posted by Tutor Mentor Connections at 11:01 AM No comments: