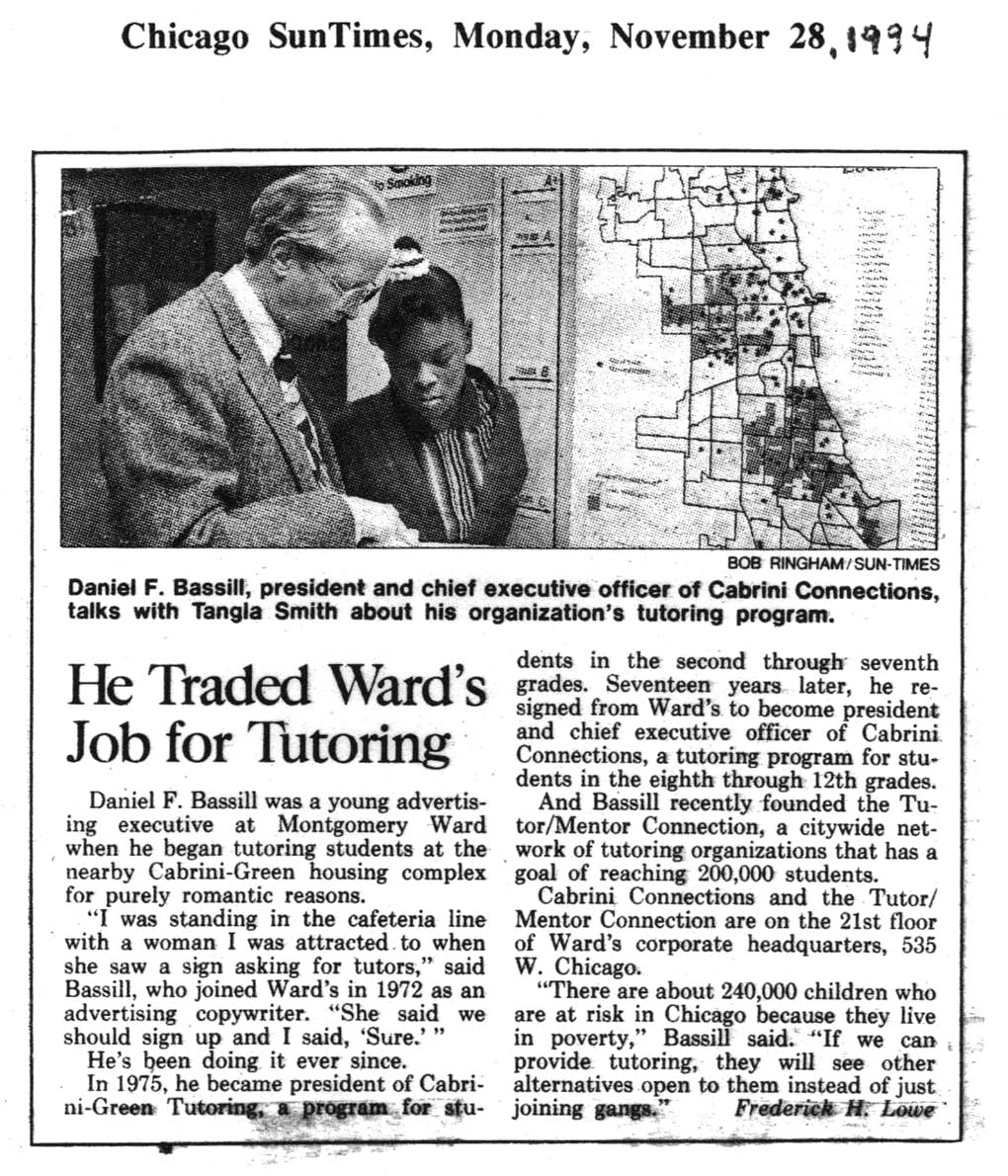 In 1993 I was telling a friend at Chicago's United Way/Crusade of Mercy about my new organization and it's goal of building a master database of non-school tutor/mentor programs in Chicago. She said "How will you show that information?" I said "I don't know.". She showed me a geography magazine and ways that data can be mapped, and I've been trying to harness this potential ever since then. The article at the left is from a 1994 Chicago SunTimes article.

The challenge with creating the types of maps you see on this blog are a) you need to collect the data on existing tutor/mentor programs in the Chicago region and keep it up-to-date; b) you need to collect demographic and school performance information from available sources; c) you need to be able to afford a mapping tool; d) and you need to have talent available who can use the mapping tool to create maps. I've never found a foundation and/or business partner who would fund this consistently, even though ESRI donated software and IBM provide money for computers back in 1995. 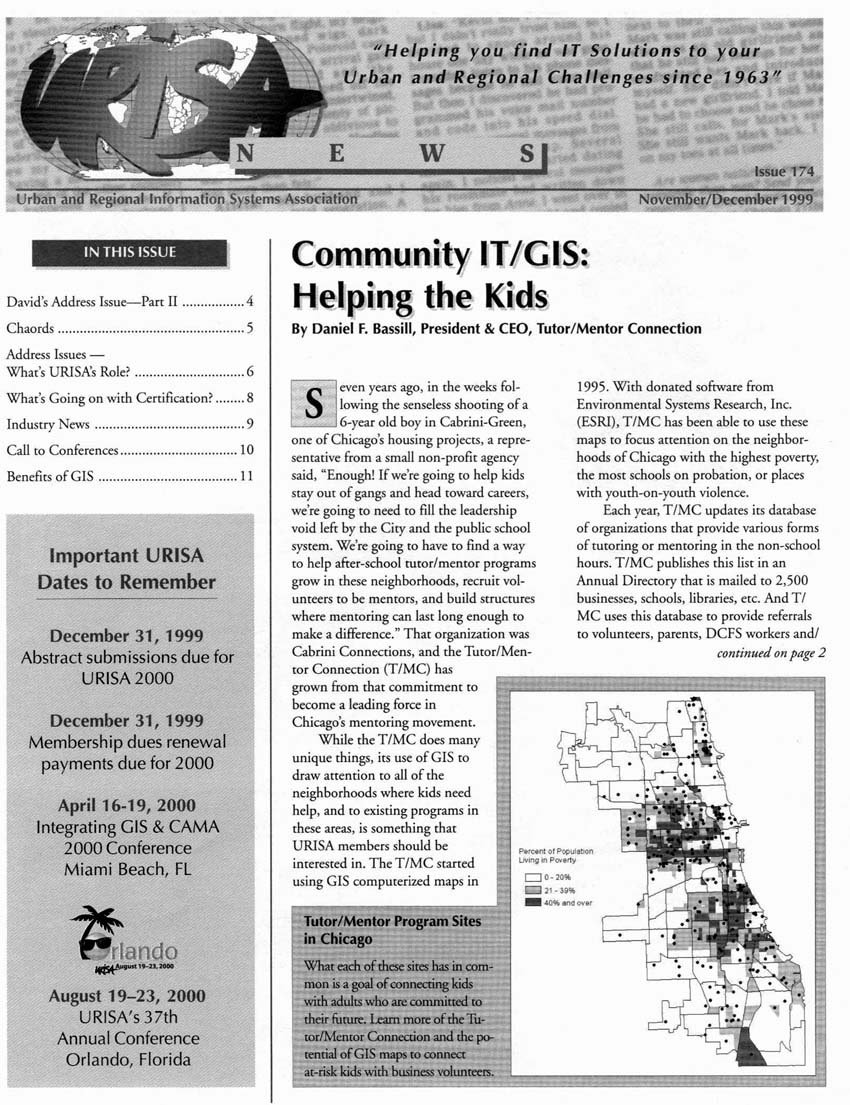 Yet, as this article in the this 1999 URISA trade association magazine shows, I've been able to create enough maps that stories have been told in various media at different times over the past 20 years. To many people I've become known as the "map man" because of how I constantly talk about ways maps could be used by leaders to guide the distribution of financial resources and support the growth of mentor rich k-12 non-school tutor/mentor programs in every high poverty neighborhood of Chicago, or any other major city with pockets of urban poverty.

I've been hosting Tutor/Mentor Leadership and Networking Conferences every six months since May 1994, and in these I've also shared maps via posters and workshops. 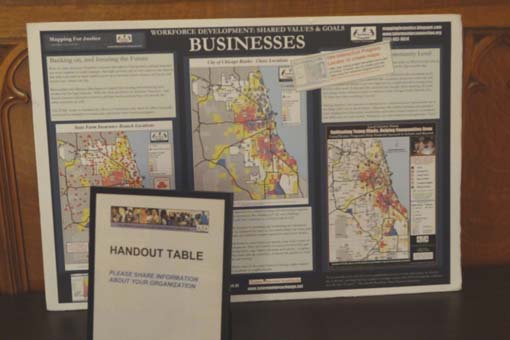 In late 2007 I received a $50,000 donation which enabled me to hire a part time map maker, Mike Traken, who created all of the maps shown and map stories on this blog, up till early 2011 when we ran out of money to keep Mike on staff. With part of the money we also hired a tech team from India who build the Interactive Tutor/Mentor Program Locator which you can use to create your own map view and maps. This PDF provides instructions for using the Program Locator.

If you think this use of maps has value, I encourage you to help me find sponsors, investors, business partners and volunteers to help me update the maps, build new maps, create advertising so more people know how to use them, and create new owners who have the same passion that I have for using maps to build a better distribution of needed services in high poverty areas of the country.
Posted by Tutor Mentor Connections at 2:19 PM